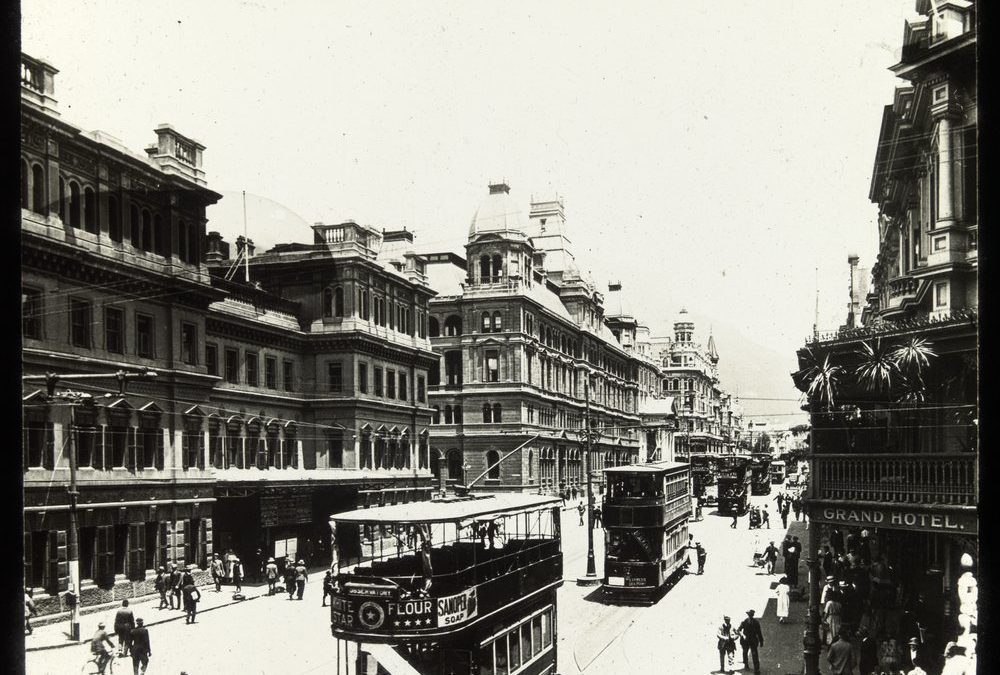 Arthur Eli Abrahams, the founder of Abrahams & Gross as it is now known, was born in Cape Town in 1891. After a brilliant career at Sea Point Boys’ High School where he was top student, he joined the Diocesan College, studying law and again becoming the best performing student of the year. He qualified as an attorney in 1912.

Soon after qualifying, Arthur E Abrahams was drafted into the military to serve under General Smuts in the First World War. With the return of peace, he continued his legal practise and in the early 1930’s he employed Sam Gross as an articled clerk. After Sam Gross qualified as an attorney, he joined forces with Abrahams in 1935 and the law firm Arthur E Abrahams & Gross was established.

This was at the time when the city of Cape Town began to reclaim nearly two square kilometres of land on the Foreshore and trackless trams called trolleybuses started servicing the city centre. It was also one year before the historic St. George’s Cathedral was finally completed.

Not only was Arthur E Abrahams a prominent attorney, he also had a passion for farming, journalism, forestry and serving his country and fellow man.

In 1940, Abrahams, on behalf of the Union and British governments, travelled to Eritrea to organise the distribution of food amongst the local starving population. In 1941 he was transferred to the East African Refugee Administration and served as a welfare officer in Kenya, Tanganyika, Uganda and the Belgian Congo as it was then known, settling Polish and Greek refugees. He also served as President of the Marais Road Shul in Sea Point for a number of years from 1926.

Sam Gross’s legal acuity and heart for the homeless

So too, Sam Gross was a champion of the poor and became known as the “street people’s friend”.  He co-founded The Haven Night Shelter and was a leading campaigner for accessible legal aid for all.

In the eighties, Gross successfully fought for Robben Island to be handed back to the people instead of being turned into an army base. He also served on the Cape Provincial Council, the Cape Town city council and numerous civic organisations for many years.

On the shoulders of these men and now 85 years later, Abrahams & Gross continues to practice law under the iconic Table Mountain with its offices on the reclaimed Foreshore. Today the firm’s passionate and skilled multi-disciplinary legal team consists of nine attorneys and a strong legal support team.

Celebrating the rich heritage of both South Africa and Abrahams & Gross

“We are very proud to have remained true to the visions of our founders,” says Abrahams & Gross director, Nicholas Hayes. “We strive to offer professional quality services while maintaining the personal ‘family touch’ which we are known for.

“Like many businesses around Cape Town and South Africa, our firm has been severely tested by the Covid-19 pandemic. They say that you can’t teach an old dog new tricks, but we believe that we have learnt a few! Despite our long history we have prided ourselves in our ability to adapt and move with the times and challenges. We believe that the systems that we implemented in our business before and during the lockdown measures have enabled us to not only survive but successfully continue servicing our clients in an efficient and professional manner.

Taking our law firm into the future…

An 85th anniversary is traditionally symbolised by diamonds and sapphires which symbolise strength, kindness and wisdom. Over the decades, Abrahams & Gross has embodied these qualities, whether working studiously within South Africa’s legal system or by getting involved in pressing social issues in order to help uplift and grow the Cape Town community and beyond.

From last century into the twenty-first, our attorneys and legal support staff aspire to legal excellence always with a caring and personal touch, carrying the spirit of Arthur E Abrahams and Sam Gross into our collective future.